448 Views
Comments Off on Aquarium Care: Basic Steps to follow
0 0 The first steps before building any well-planned aquarium are research. Take the time to study what kinds of fish you would like to keep. Understand the filtration process of a closed aquatic system. You need to set up the filter and get it to grow bacteria to filter the harmful waste out of the water. Use a cheap fish, like a feeder goldfish, in an aquarium for 4 weeks. Then use a test kit to check levels of ammonia, and nitrites it should be at a minimum.

Once you have an idea of what you like to add to your aquarium, you can find the water parameters they require and match tank mates and equipment to what they will need to thrive. Please do research on the following:

2 Times feeding in Day morning 8 am and evening at 8 pm.

Ideal Temperature is around 28 for all Fishes. Maintained temperature with Thermometer and heater.

Daily Spend Half an hour with your Fishes. It helps to know how’s ur fishes grooming. Both Fish and owner get to interact with each other.

Update your tank size as per fish size it helps to get the best Tank environment to your fish for moving, Swimming properly without any stress. Avoid Overcrowded fishes in one small tank

Every 2 months need deworming to all fishes. Please deworms your fish.

Mollies are extremely hardy (as are some other livebearers) and don’t get too large.

The downside to mollies and other livebearers (guppies, platies, swordtails) is that they breed like rabbits. You will have a tank full of fry before you know it if you don’t figure out how to keep the sexes separated, and that makes things “less easy.”

Zebra danios are quite hardy, too. Not very colorful, but quite active and fun to watch. They are quite hardly fish and do well in a wide range of freshwater water parameters. Get a school of 10 to 15 of these fish for a 20-gallon aquarium. They are very active little fish and readily accept flake fish food. Feed them once a day and do a 20% water change every 2 weeks.

Tiger barbs are pretty hardy, but they are very active and social.

They need to be kept in a school of 6 or more, which means you need a large-ish tank, especially if you want room for more than the minimum, for a community, or for any “tank cleaner” species like otocinclus.

They’re also fin-nippers. If you keep them in a large enough school, they usually leave slower tankmates mostly alone and chase each other, but fish with flowing fins like guppies and bettas are too much to resist.

Bettas or Japanese Siamese fish are pretty easy, especially if you keep them in a properly heated, filtered tank, (and not a tiny bowl or plant pot). You have to be careful about tank mates, as the males can be aggressive.

Bettas are a rare type of fish (called labyrinth fish) that have the ability to absorb oxygen from the air as well as through their gills when in water. This is why betta fish have a higher tolerance for poor water quality and don’t necessarily need water filters or aerators. That said, a betta’s bowl still needs to be cleaned and its water changed regularly to keep it happy and healthy. With proper care, your pet betta fish can live anywhere between two and four years, sometimes even longer.

Hardy, and don’t seem as disease-prone as other tropical species (probably because they aren’t inbred for fin/color traits, nor high turnover and kept in poor conditions for mass production).

They prefer to be kept in a group of 3 or more. Very undemanding and also in my experience very disease resistant. A good community fish gets along with everyone. 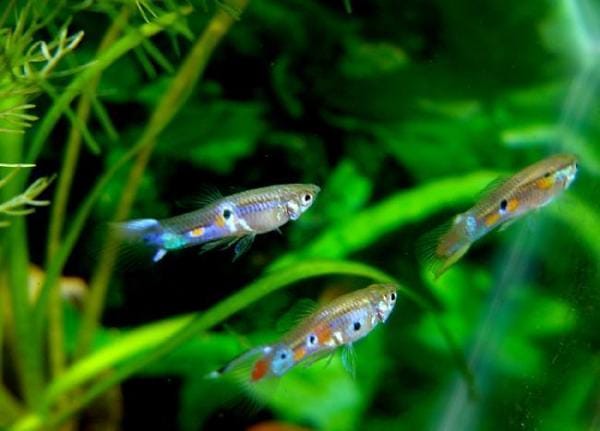 There is a specific disease associated with tetras, ‘neon tetra disease’; but overall I’ve found tetras to be reasonably hardy. Next most common issue seen with them is being a bit more susceptible to ich than other fish. They prefer being in a group of 6 or more. Research specific varieties to see what their temperaments are, some can be very nippy toward other fish.

Many say that this is a good ‘community’ fish, but my experience is that they can be aggressive toward other fish and are best kept on their own. Males are also territorial. But, an M/F pair is very easy to keep, especially if the tank has live plants (which they will eat from, similarly to goldfish.)

Do NOT keep goldfish in a bowl, they shouldn’t even really be kept in most home aquaria. They are not “easy fish,” and don’t take aquarium advice from anybody who tells you otherwise. They belong in a pond.

They are often sold as “easy starter fish” because they’re quite tough, and they don’t need a heater (probably shouldn’t have a heater, since they prefer cooler temps). This does not make them good aquarium fish.

They are a species of carp.

Even the fancy varieties that don’t get that long are very thick in the body and quite massive for their length.

They will either outgrow their tank or become stunted because you failed to provide them with enough space – which is cruel and dramatically shortens their lifespan.

They produce a lot of waste for their size (which tends to make water conditions unsuitable far quicker than the average novice realizes), and they’re easy to overfeed (extra food rots and adds to water quality issues).

They need a large, understocked tank and heavy filtration if you’re going to insist on keeping them in an aquarium.

They can live up to 25 years in the wild and have been recorded as old as 43. The fact that most goldfish in a bowl doesn’t last 6 months, and the average lifespan in captivity is only 5–10 years speaks volumes about the abuse we put them through.